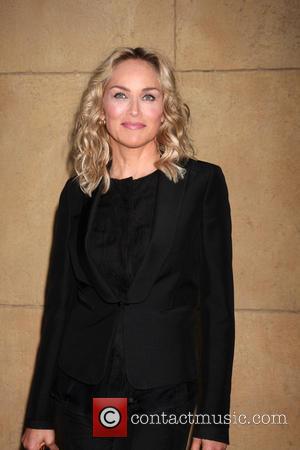 Sharon Stone was left tongue-tied when she met Queen Elizabeth II earlier this summer (13) because she was suddenly starstruck by the British royal.

The Basic Instinct star gave up a planned vacation in Israel with her eldest son to attend a polo match in Windsor, England and sit in the Queen's box.

She spent weeks perfecting her curtsy, but had no idea that meeting the monarch would leave her speechless on the day.

Stone explains, "I was so tongue-tied that once I finally managed to choke out, 'Your Majesty...' I realised I was actually looking at the Queen... and she's so lovely, and it was her coronation (celebration), so she had on all fuchsia, the fuchsia hat, the coat... the brooch.