Sharon Stone: It's easy to blame Arnold Schwarzenegger for affair

Sharon Stone has said it is ''easy'' to place the blame solely on Arnold Schwarzenegger for the affair with his housekeeper which broke down his relationship with ex-wife Maria Shriver. 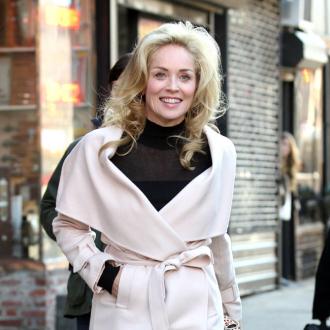 Sharon Stone thinks it is ''easy'' to only blame Arnold Schwarzenegger for his affair.

The 'Lovelace' actress is good friends with the action movie icon, and feels he cannot be solely held responsible after he had an affair - and fathered love child Joseph, 15 - with their housekeeper Mildred Baena while still with his ex-wife Maria Shriver.

She said: ''Whatever happened in their [Arnold and Maria's] home was happening with both of them. It's a terrible thing - and it's easy to say 'Oh, it's just something that he did', but this took place in their home, over a decade. It happened with both of them.''

Despite this, Sharon did reveal she was ''disappointed'' with the revelation of the 'Last Stand' star's affair.

Talking to the Sunday Times newspaper's Style magazine, She continued: ''I have a very frank relationship with Arnold. Was I disappointed? Who wasn't? Nobody is excited when people betray themselves and their families. No one goes, 'Yay, good for you.' ''

Despite their failed romance, Arnold recently spoke of the ''wonderful relationship'' he has with Maria as they work together to raise their family despite their separation.