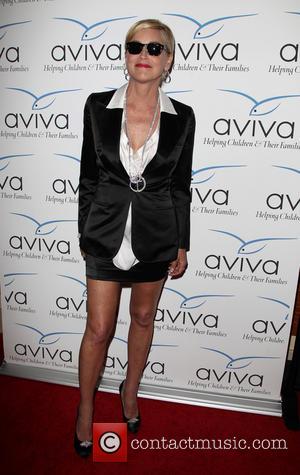 Sharon Stone has slammed a "salacious" and "unkind" report suggesting she has embarked on a new romance with Antonio Banderas following his split from her close pal Melanie Griffith.

The Hollywood couple, which had been dogged by break-up claims for years, announced its 18-year marriage was over earlier this month (Jun14), when Griffith filed for divorce, citing irreconcilable differences.

Just days later, sources told editors at Britain's Grazia magazine the Basic Instinct beauty has grown "closer than ever" to Banderas, suggesting the two friends were allegedly "making plans for a getaway together in July".

However, Stone has fired off a statement blasting the claims and she has attacked Grazia reporters for spreading lies.

A statement issued to the DailyMail.co.uk reads: "Antonio is a brother to me and Melanie has been with me for each and every birth of my three children.

"They are my family. I find this salacious, unkind, unfounded reporting to be the typical pretense of what passes as 'journalism' today."

Stone isn't the only one who has been falsely linked to the newly-single Banderas - Bollywood beauty Mallika Sherawat has also dismissed rumours suggesting she played a part in The Mask of Zorro's marriage breakdown after video footage of the pair dancing at an event in Cannes, France in 2012 surfaced online days after news of the split broke, leading to reports suggesting the Indian actress had enjoyed a romantic vacation with the 53 year old.

Denying the story, the Khwahish star, 37, tells Eonline.com: "Antonio Banderas is a wonderful man, a great dancer and an acquaintance of mine. I did not go on any vacation with him, and I'm sorry he's going through a divorce."