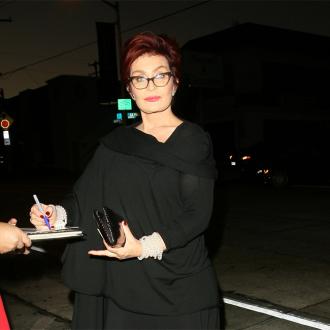 The outspoken presenter - one of the hosts of the singer's bash - told guests including Miley Cyrus, Heidi Klum, Natasha Bedingfield, Sia and Aaron Paul to ''f**k the Oscars'' in an outburst designed to encourage stars to donate to the 'Rocket Man' hitmaker's Elton John AIDS Foundation, which the party was held to raise money for.

Sharon, who was accompanied to the party by husband Ozzy Osbourne, said: ''F**k the Oscars.

A source added to the Daily Mirror online: ''During the breaks, various celebrities went up onto the stage to encourage guests to donate and raise money for the special cause.

''Sharon is very supportive of the cause, and also very, very passionate so she got up and said how she felt. It is about making money for her, money to help people so she started using the F-word towards the Oscars.

''Elton, who was sat down at a table for the viewing party, didn't know where to look. He was obviously delighted that Sharon was backing his cause but the swearing was a bit awkward.

''To Elton, it is his biggest event of the year, he is immensely proud of it and he is so grateful for his friends who help him raise awareness and money.''

Elton, 67, had earlier promised his guests at Los Angeles' Pacific Design Center ''a lot of fun''.

He said: ''We can look forward to a lot of fun tonight, everyone enjoys it because they keep coming back.''