Sharon Osbourne's Double Mastectomy: I Didn't Want to live under that cloud 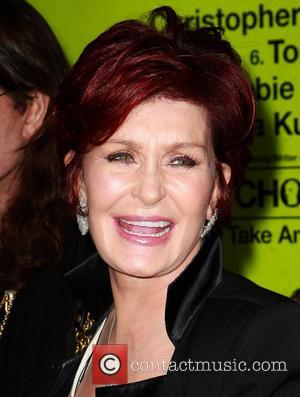 Sharon Osbourne has revealed that she underwent a double mastectomy after learning she had a genetic mutation that raised her chances of developing breast cancer. Osbourne, 60, said the surgery was a "no brainer" once doctors told her about the gene.

"As soon as I found out I had the breast cancer gene, I thought: 'The odds are not in my favour", she told Hello magazine, "I've had cancer before and I didn't want to live under that cloud: I decided to just take everything off, and had a double mastectomy." The Talk star documented her struggles with colon cancer 10 years ago during her smash-hit reality series The Osbournes. It's sure been a rough year for the famous family, with son Jack diagnosed with multiple sclerosis - however, his first daughter Pearl also arrived into the world. "I didn't want to live the rest of my life with that shadow hanging over me. I want to be around for a long time and be a grandmother to Pearl," explained Sharon, adding, "I didn't even think of my breasts in a nostalgic way, I just wanted to be able to live my life without that fear all the time. It's not 'pity me', it's a decision I made that's got rid of this weight that I was carrying around."

Osbourne didn't go into detail about the genetic findings, though a double mastectomy is usually an option for women with certain factors that put them at high risk of developing breast cancer. This includes a previous diagnosis, a strong family history of cancer, or a mutation. Sharon Osbourne: Ozzy is a 'dirty dog' but I forgive him