Sharon Osbourne's stolen wedding ring has been found, seven years after it was taken from her home. 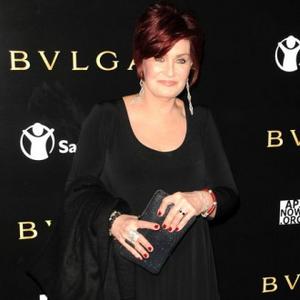 Sharon Osbourne is "over the moon" after her stolen wedding ring was found.

The showbiz matriarch was left devastated after her 10-carat diamond Tiffany ring was among items taken from her and husband Ozzy's home in 2004, but their daughter Kelly has revealed she will now be reunited with the piece after an appeal on UK TV show 'CrimeWatch' asked for the owners of over £1 million worth of jewellery - which was recovered from a private address last year - to come forward.

Shortly after a twitter user sent the link to a webpage to Kelly, she posted: "Thank you crime watch my mum is over the moon thats here wedding ring she cried with joy because she can get it back! Thank you! (sic)"

Sharon has previously spoken of the value of The Ring, which was stolen along with a sapphire "survival" Jewel celebrating her successful battle with colon cancer.

She previously said: "My wedding ring. I had to wait 25 years so that Ozzy could buy me that ring. It was a 10-carat round diamond from Tiffany to replace the one he'd bought me from H Samuel when we first met, when we didn't have two pennies to rub together.

"I had two gold wedding rings, one I wore above it, one below it, they took them all."