Sharon Osbourne has reached a settlement with a reality TV contestant who accused her of scratching and pulling her hair during the taping of 'Rock of Love: Charm School'. 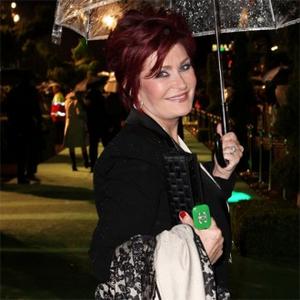 Sharon Osbourne has settled a battery and negligence lawsuit brought against her by a reality TV show contestant.

The 58-year-old presenter was facing court over claims she scratched and pulled The Hair of Megan Hauserman in December 2008 on 'Rock of Love: Charm School', however, she settled the case on the eve of the trial on Sunday (13.02.11).

Megan - who was suing for battery, negligence and infliction of emotional distress - had claimed Sharon lost her temper during a recording of the VH1 series about etiquette and manners after the former Playboy model insulted Sharon's husband Ozzy Osbourne.

Lawyers for both parties confirmed they had reached an agreement before opening arguments commenced on Monday (14.02.11) but refused to discuss the settlement.

At the time of the incident, a source said: "Megan reckoned Sharon was sniping at her so she made a comment back saying Sharon was only famous for managing a rock star who isn't famous anymore - then it all kicked off."

Megan was eliminated during episode four of the series after she came to blows with the eventual winner Brandi Mahon.

'Rock of Love: Charm School' saw contestants competing to date rock singer BRET MICHAELS after getting lessons on etiquette and manners from Sharon.