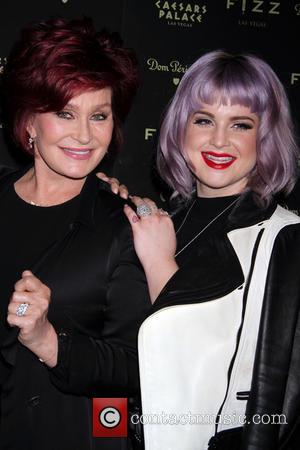 The original X Factor judge in the U.K. admits she can't even watch the show anymore, because she's sick of seeing desperate wannabes try to convince celebrities that they really have talent.

Osbourne singles out revolving chair show The Voice as the worst of the singing shows on Tv, insisting it's not enough for modern stars just to be able to sing well.

She adds, "They're (producers) making it like it's just the voice, everything that matters is the voice. Well, hold on here, that's great when you're butt-f**king ugly and you're, like 9,000 pounds. What the f**k are we gonna do with you?

"I'm seeing some guy that looks like Meat Loaf's offspring throwing himself around onstage on some bloody talent show and everybody's going, 'You rock, you rock!' It's like, 'Oh, shut up love, send him home. He's c**p'... Send him to a bar in Vegas."

And she's sick of the emotional judges that front shows like The Voice, American Idol and her old show, which she fronted from 2004 to 2007 and again last year (13).

She adds, "If I see another judge cry, I tell you... As soon as they've gone out the door, we all bloody crack up laughing."

The rock matriarch reveals that even though she's no longer a celebrity judge, she still gets approached by people on the street who think they can impress her with their singing skills.

She explains, "They say, 'My cousin sings, would you listen to their tape?' 'No I f**king won't!' It's happened when I've been on planes, a couple of stewards... I'm like, 'Don't be singing at me, darling, look at the bloody emergency exits!'"