Review of Selfhood Album by Sharks

Returning with their second offering, Sharks appear to be on the cusp of making something of themselves. After high profile support slots with bands such as Blink 182, Selfhood is their biggest moment to shine and to show what they are capable of. Sadly for them, however, the album is somewhat lacking. To make a band name related pun, Sharks seem almost completely toothless on Selfhood. 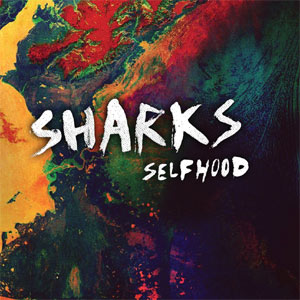 The album begins with Selfhood, the title track. This song demonstrates that Sharks know their way around a huge, summery chorus and the sort of chords you might find Britpop bands playing. Next up is the break neck pop punk punch of Your Bloody Wings, which calls to mind bands like Ash or even The Vaccines in places.

Whether it is in adding cooing vocals as in Portland or aping The Strokes on 22, the glaring problem with Selfhood is that the band seem content on sticking painfully, rigidly to formula. This is, at worst, an inoffensive pop punk album stuck to one dynamic, deathly afraid of daring to go quieter, louder, faster or slower. As such, the second half of the album becomes a congealed, indistinguishable collection of tracks. You may as well buy the single and put it on repeat eleven times.

By the time you get to track eleven, My Wild One, the slow, almost delicate guitar picking in the first half of the song is something of a surprise, but what is not so shocking is the second part, where, of course, the power chords come crashing back in to remind you that you are still listening to Sharks.

Put plainly, there are many bands out there doing exactly what Sharks are doing, and some even doing it better. If Selfhood had just one song on it which deviated from the script with an interesting rhythmic twist or an adventurous middle-eight, it would be an infinitely better album. For a band already on album number two it is simply uninspiring. We can only hope that they get some new ideas before putting album number three together.