Actress Shannen Doherty Has Revealed She's Battling Breast Cancer - And She Has Launched A Lawsuit Against Her Former Business Managers, Blaming Them For Preventing Her From Getting A Head Start On The Disease Last Year (14). 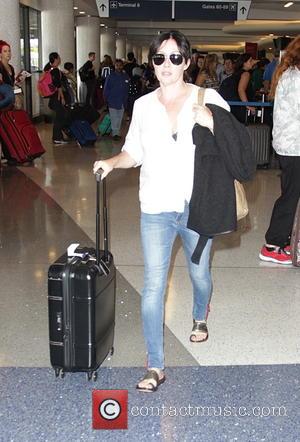 The former Beverly Hills, 90210 star claims she paid bosses at Tanner, Mainstain, Glynn & Johnson five per cent of her earnings to manage her finances, including medical insurance payments to the Screen Actors Guild, and when they ignored a bill, her coverage was cancelled for much of 2014

She was forced to cancel plans to visit her doctor for regular check-ups, and in the new lawsuit obtained by TMZ.com, the 44 year old claims doctors found she has "invasive breast cancer metastatic to at least one lymph node", which spread last year.

Doherty claims she will possibly have to undergo a mastectomy and chemotherapy, which she states could have been avoided if she had insurance last year and was therefore able to visit her doctor.