For the first time in 20 years Shane MacGowan has been able to eat an apple, thanks to a full set of new teeth.

For decades Shane MacGowan has been famous for his less than pearly smile, but now The Pogues’ singer is a new man with a whole new set of teeth. MacGowan treated himself to a new set of gnashers this Christmas and chronicled the whole journey in the Sky Arts documentary, 'Shane MacGowan: A Wreck Reborn'. 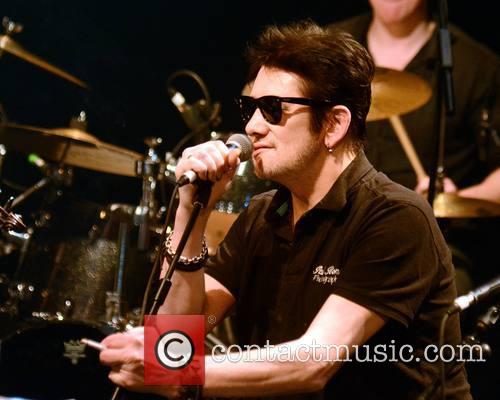 Shane MacGowan has got himself a new set of teeth for Christmas.

Over the course of six months MacGowan attended numerous consultations before undergoing six operations to achieve his new smile. The frontman’s dental issues were caused by years of drug and alcohol abuse, as well as constant fighting and he lost his last natural tooth seven years ago.

Speaking in the documentary MacGowan admitted he "dreaded" getting his teeth fixed. "I am dreading it, but it's got to be done,” he said. He also admitted that he had a fear of the dentist, stemming back to his childhood. "Everybody was scared of the dentist in those days,” MacGowan added.

"When I was very small I had teeth taken out by a string round the tooth and then put on the door handle there. They wouldn't tell you what they were going to do, they would just bang the door and out came the tooth."

The 57-year-old decided to go ahead with the procedure after being persuaded by longtime girlfriend Victoria Mary Clarke. "Victoria had hers done last year and I thought they were great, so I decided to go with the same dentist, Darragh,” MacGowan told the Irish Sun.

"It was a bit swollen for the first few days but I’m feeling good now. I’m getting used to them now.” Clarke said that MacGowan based his new teeth on those of actor Michael Fassbender adding that his new smile has taken years off his appearance.

Speaking to The Independent, MacGowan’s dentist described the task as “the Everest of dentistry”, adding: “There was a whole team required to get to the summit.” 'Shane MacGowan: A Wreck Reborn', airs on Sky Arts at 10pm on Sunday (December 20th). The programme features the moment when MacGowan is able to eat an apple for the first time in decades.