The performance took place during his 60th birthday bash in Dublin.

Shane MacGowan celebrated his 60th birthday in style this week with a concert that featured a number of seminal performers from Bono to Johnny Depp. Perhaps the most stand-out moment of the evening, however, was Shane's heart-warming duet with Bad Seeds singer Nick Cave. 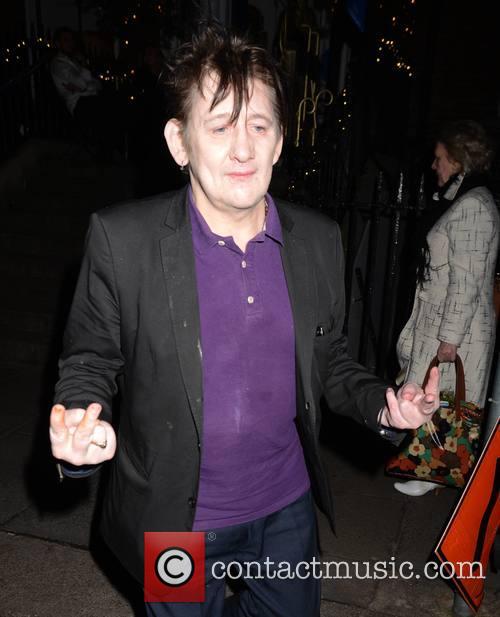 The Pogues frontman turned 60 on Christmas day, and almost a month later has honoured the milestone with a sell-out show at the National Concert Hall in Dublin on Monday (January 15th 2018). He left most of the performing to his guests, but he did appear for a couple of musical numbers.

He performed the Pogues classic 'Summer In Siam' with Nick Cave, sat in the wheelchair which he has been using since the summer of 2015 when he badly fractured his pelvis after a fall. After that, Nick wished him a happy birthday and left the stage, leaving Shane to perform a solo rendition of the Joan Baez song 'The Wild Mountain Thyme'.

Meanwhile, U2 frontman Bono and Hollywood superstar Johnny Depp made an unlikely pairing when they performed The Pogues' 'Rainy Night in Soho' together. Imelda May also sang the 1988 single 'Fiesta', while Sinead O'Connor covered 'You're The One' by Shane MacGowan and The Popes. Lisa O'Neill and Glen Hansard teamed up for 'Fairytale of New York'.

The even was a special occasion as well because Shane was honoured with a lifetime achievement award for his services to music, which was presented by the President of Ireland, Michael D. Higgins on behalf of the venue.

Shane has been making music since the late 70s, starting out with punk band The Nipple Erectors before forming The Pogues in 1982. He was later fired from the band for unprofessional behaviour and went on to form a new group called Shane MacGowan and The Popes. He re-joined The Pogues for a few kids in 2001, but by 2010 his focus had turned to a new project which he called The Shane Gang.