Fact: William H. Macy used to babysit his Shameless co-star Joan Cusack as a kid after growing up in the same Illinois neighbourhood. The Fargo star also looked after a young Jeremy Piven, whose family lived nearby.

Fact: Shameless star Tyler Jacob Moore has been cast as Prince Hans, from Disney film Frozen, in the upcoming series of fairytale Tv show Once Upon A Time. Actor John Rhys-Davies will provide the voice for animated character Pabbie, the leader of the trolls. The fourth series will air in the U.S. later this year (14).

Quote: "I'll be walking down the street saying words, practicing, and people think I'm crazy. So when I see people talking to themselves, I never know if they're schizophrenics or actors." Shameless star Emmy Rossum rehearses her lines by muttering to herself.

Fact: William H. Macy makes a rare album appearance on Shameless co-star Emmy Rossum's new release, Sentimental Journey - he has a talking part on her rendition of the standard Object of My Affection.

Quote: "We stayed in, cooked steaks, and watched Shameless. It was all very normal, and she is so nice." Emmy Rossum and her boyfriend Tyler Jacob Moore enjoyed a double date with Lady GaGa and her partner Taylor Kinney, thanks to the actors' friendship from starring in U.S. TV comedy Shameless.

Tweet: "Congrats to the wonderful Bill MACy & Felicity Huffman who are getting stars on hollywood blvd today, next to each other! how cute is that?!" Actress Emmy Rossum sends her best wishes to her Shameless co-star William H. Macy and his wife before they unveil their stars on the Hollywood Walk of Fame on Wednesday (07Mar12).

Fact: WILLIAM H. MACY is to star in a new U.S. adaptation of hit British TV programme Shameless, about a working-class family. Emmy Rossum has signed on to play his teenage daughter. 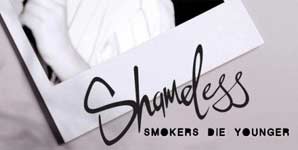