Shalom Harlow has been welcomed back into the IMG Models family. 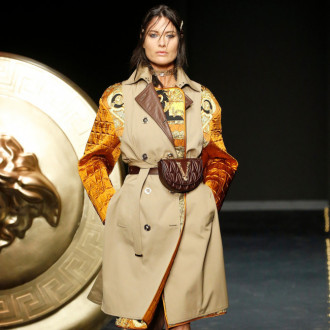 The 47-year-old Canadian supermodel and actress was repped by the agency in the late-1990s, and had been signed to The Lions, but is now returning to IMG to focus on global ventures and endorsements.

Ivan Bart, president of IMG Models and Fashion, told WWD: “We’re so happy to welcome Shalom back to IMG Models.

“She is a defining face in fashion whose body of work has influenced many to embrace their creativity, challenge the status quo and push boundaries within the industry. We’re excited for her next chapter in fashion incorporating her interest in holistic health and wellness and will focus on connecting her with strategic opportunities that compliment her authentic self.”

Shalom - who is known for movies such as 'In & Out', 'Vanilla Sky' and 'How to Lose a Guy in 10 Days' - has walked the catwalk for countless brands, such as Prada, Chanel and Marc Jacobs, and most recently appeared in Moschino’s digital fall 2021 presentation as part of Milan Fashion Week.

The runway beauty is currently studying polarity and biodynamic craniosacral therapy, and is a yoga instructor.

Meanwhile, Shalom previously admitted she thought it was "ludicrous" when she was scouted to be a model at a Cure concert in the early-1990s.

She recalled: “I was scouted at a Cure concert. A model scout approached me there and asked me if I modelled, and I thought that was ludicrous. When I started coming to do shows in New York, New York had a pretty electric energy then. It was the early-1990s, and there was a lot of really fun theatrical types that were designing, and so the runway kind of became this stage for all of these mega model personalities to flaunt their stuff."