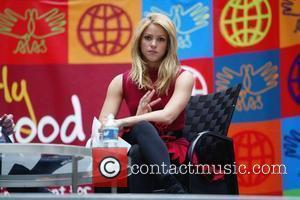 Colombian pop star Shakira's musical collaboration with South African band FRESHLYGROUND has been chosen as the official anthem of this summer's (10) soccer World Cup.
The stars impressed officials at the sports tournament with Time for Africa and the track will now be released to radio stations across the world next week (begs19Apr10), in preparation of the upcoming World Cup in South Africa.
The pair will also perform the track at the World Cup kick-off concert in Soweto on 10 June (10), at the tournament's opening ceremony, and again before the 11 July (10) final.