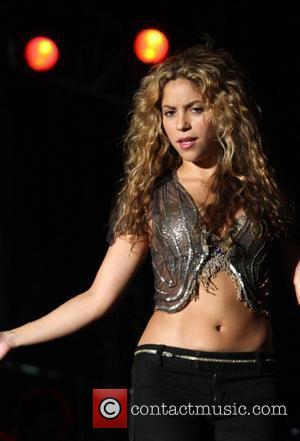 A sex video April Fool's Day (01Apr08) prank involving pop collaborators Shakira and Alejandro Sanz has been exposed as a hoax by the singers' publicists. Bogus Internet reports suggested the stars and Shakira's boyfriend, Antonio de la Rua, were caught on film enjoying a threesome, but representatives for Sanz and Shakira insist there is no sex tape. PeopleEnEspanol.com claims the rumour got started when Argentine DJ Javier Ceriani commented on a little Internet report on his Zona Cero radio show. He said, "It's been said... there is a private video recorded on a yacht, one that could implicate Alejandro Sanz, Shakira and Antonio de la Rua." He suggested the tape was in the hands of the courts. In a joint statement, the singers' representatives say, "This is a false rumour. This is totally absurd any way you look at it. There is no possibility that such a video exists. It is a baseless and malicious rumour." Sanz and Shakira teamed up on the song La Tortura, and appeared together in the tune's steamy video.