Shakira And Gloria Estefan Team Up For We're All Mexican Song

Shakira, Carlos Santana And Gloria Estefan Are Among The Stars Joining Forces For A New Latin Pride Song In Light Of U.s. Presidential Hopeful Donald Trump's Condescending Remarks About Mexican Immigrants In America Earlier This Year (15). 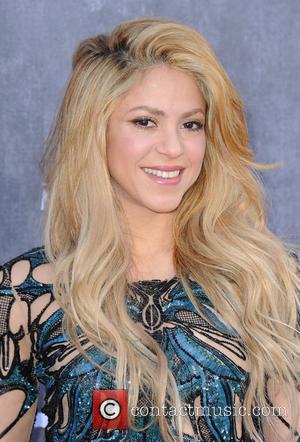 The outspoken real estate mogul sparked controversy in June (15) when he launched his campaign for the White House and declared many Mexicans living in the U.S. are "rapists" and drug dealers who have only brought crime into the country.

His comments caused a backlash from Latino groups and celebrities, and now Estefan's producer husband Emilio has gathered a host of big names for his upcoming We're All Mexican track, which he claims is "a musical celebration of Hispanics and our accomplishments".

Emilio Estefan, 62, insists the song isn't a response to Trump's speech, but is more "an answer to the sentiment that we've progressed (as Hispanics) and we need to let people know that."

Speaking to Billboard.com, he adds, "There's a message being sent out to the world where people are giving opinions that are plain wrong. We need to lift up our pride and show the world what we're doing... I want to send a message that represents unity...

"Trump doesn't represent anything to me. Everyone has their opinion, and he can have whatever opinion he wants, as long as he doesn't humiliate my people."