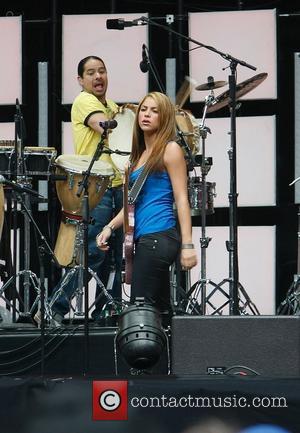 Colombian singer Shakira's racy music video for her song DON'T BOTHER, has angered a nun at the Catholic high school she attended in her youth. The singer had a strict religious upbringing and insists she will never compromise her faith to sell music. Shakira says, "One of the nuns is looking for me after seeing the Don't Bother video." "A lot of people think I like to expose my body, but I don't. It's just because the dance moves require it." The sultry singer sought a priest's blessing before sharing a torrid embrace with Spanish singer Alejandro Sanz for her latest video LA TORTURA, because she is in a committed relationship with her fiance, ANTONIO DE LE RUA, the son of Argentina's former president. She adds, "I always try not to be graphic but to be metaphorical. "I think there is something fascinating about stimulating the senses."