Whatever Happened To Shailene Woodley's Scenes In "The Amazing Spider-Man 2?"

Why exactly was it that Shailene Woodley wasn't in the film.

Have you seen The Amazing Spider-Man 2? Noticed something missing from The Amazing Spider-Man 2? People on the internet have – Mary Jane Watson did not feature in a single scene, despite the fact that there was an actress, cast for the role. Shailene Woodley, the rising young actress with lead roles in Divergent and The Fault in Our Stars even shot her scenes as MJ, but by the time the film was released, they had ended up on the cutting room floor. Or, more likely, at the bottom of some tired film editor’s hard drive. 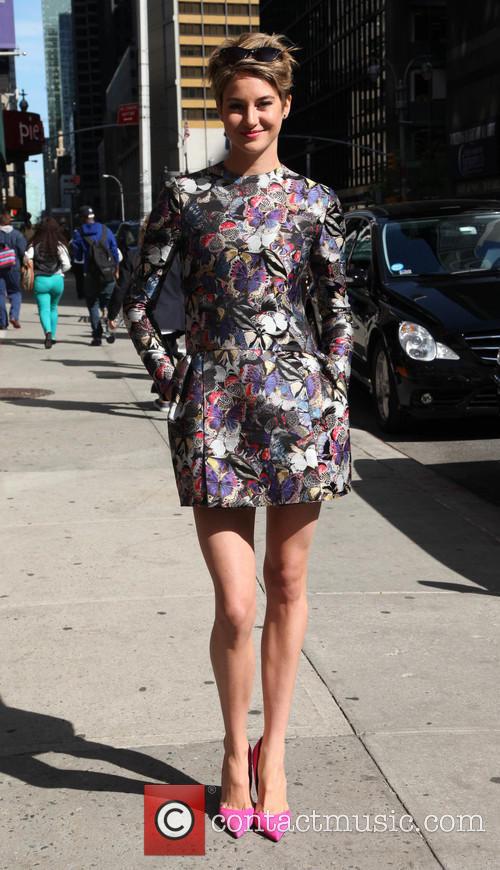 Woodley did "a couple days of great work" on the film, but her scenes just didn't fit in with the story.

Besides a few pap shots of Woodley with long red hair, it seems like her turn as MJ is lost forever. But why? According to director Marc Webb and producer Matt Tolmach, speaking for The LA Times, it had nothing to do with her performance – in fact, Woodley did a great job. The decision to cut her scenes was just made to devote more screen time to the relationship between Peter Parker and Gwen Stacy.

Shailene is a brilliant actress, and she did a great couple days of work,” Webb said for the Times. “But it was very difficult to introduce someone as a competing love interest when so much is on the table with Peter and Gwen."

Watch the trailer below.

Tolmach also agreed with Webb and added that they would end up overdoing it by having scenes with Mary Jane.

"We bit off more than we can chew. We had a superhero opera, and as great as Shailene is, she didn't really co-exist with the bigger story we were telling. You can't have Peter thinking about Gwen every moment and then there's this girl next door who's suddenly there. We weren't ready for it."

So there you go. No MJ in this installment, but we’re more than likely to see the red-haired girl next door in The Amazing Spider-Man 3. Whether she’ll be played by Woodley is yet to be confirmed.

More: The Amazing Spider-Man 2: Not Perfect, But Really, Really Fun