The 22 year-old actress admitted that she "got rid of everything I owned," once filming for 'Divergent' had finished. 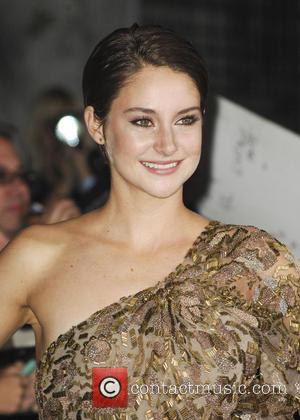 Hollywood's hottest young star Shailene Woodley has had to work very hard to get into her current position.

The 22 year-old actress is currently on promotional duties for her new hotly anticipated sci-fi 'Divergent', but that doesn't mean the limelight of showbuisness is something she craves.

While appearing on Thursday nights addition of 'Late Night', Woodley described to host Seth Myers how she got rid of practically everything she owned after finishing shooting 'Divergent'.

"I cruised and I hung out with my friends and family. I got rid of everything I owned. I got rid of my cell phone, and I fit my life into a carry-on suitcase and I just couch surfed for two months. It was awesome," Shailene said of taking a vacation after working for 7 straight years.

MORE: Shailene Woodley reveals she "might have" hooked up with co-star

"I explored so many couches that I didn't l know existed in my friends' homes. You know what's fun about that, though, is living in L.A, obviously, it's so spread out. I got to learn different areas that I didn't know about before," she continued.

Woodley isn't one to waste an opportunity either, when filming in Chicago last year, she took an urban survivalist course to help her thrive in a hectic and busy city like her native Los Angeles.

"I've studied indigenous cultures for a really long time and got really into wilderness skills, but I realized that as much as I knew how to make fire and build shelter, I was like, 'I live in Los Angeles and I'm surrounded by buildings. Fire's not going to do me any good,'" the 'Descendants' actress recalled. "So I started learning how to survive and thrive in the city."