The actress was campaigning against the Dakota Access pipeline at Standing Rock.

Shailene Woodley was arrested on Monday (October 10th 2016) after becoming involved in a peaceful protest against the Dakota Access pipeline at Standing Rock in North/South Dakota. She was with hundreds of people, but wound up being detained at the Morton County Jail simply because they knew who she was. 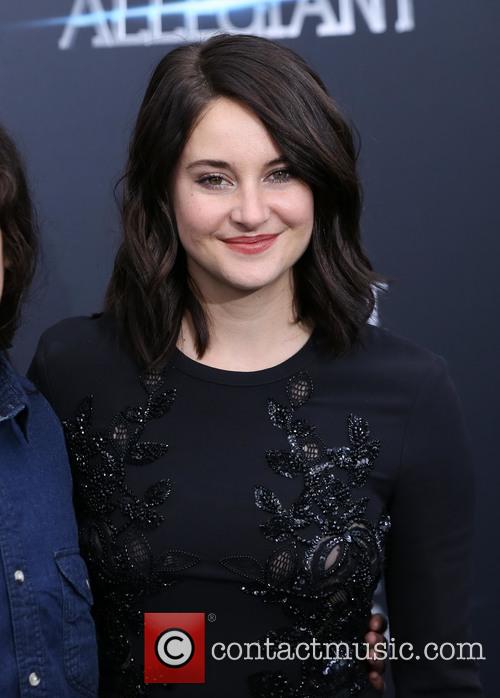 Shailene Woodley gets arrested for trespassing

After the US Court of Appeals chose to deny an injunction to halt construction of the Dakota Access pipeline, Woodley took to the frontline to continue the long-standing peaceful protest yesterday. However, soon riot police arrived on the scene to break up the demonstration, and because she was among those identified at the scene, she wound up being arrested for criminal trespassing. Luckily for us, she captured the whole thing in a Facebook Live video.

The 'Allegiant' star has been doing a lot of work recently to protest against the proposed Dakota Access pipeline in North and South Dakota, which could potentially destroy some of the Standing Rock Sioux Tribe's sacred sites and the area's supply of clean water. The idea was an economic one, proposed for easy transport of crude oil to other US regions, but native people and their supporters have been firmly but peacefully demonstrating against the work.

'Riot police are arriving at this peaceful protest where people are praying', she said, upon the cops' arrival. 'Does this look threatening to your guys? It doesn't to me.' She is later heard saying 'I can't get arrested', before moving away from the frontline and eventually back towards her RV. However, she was stopped before she could reach the vehicle. 'I was just walking back to my RV so that we could go back to camp peacefully and they grabbed me by my jacket and they said that I wasn't allowed to continue', she told her viewers. 'And they have giant guns and batons and zip-ties and they're not letting me go.'

When she tried to ask the police why she was being held, they simply said: 'We can't talk right here but right now you're going to be placed under arrest for criminal trespassing.' That was pretty much all the information she managed to get out of the police before being led away from her mother, Lori. She wasn't even read her rights before being 'cuffed'.

'But why am I being arrested and no-one else is who was down there? Is it because I'm famous?' She asked. 'When you asked us to leave, we did.' They simply told her that because she could be identified, she was among the only detainees.

'I'm being arrested', she summarised. 'I was down there with everybody else. I don't know what's going on. As soon as they came, I left. It's because I'm well-known. It's because I have 40,000 people watching.'

According to E! News, 26 other people were also arrested at the scene. Woodley's publicist later informed the publication that she had been released. 'She appreciates the outpouring of support, not only for her, but more importantly, for the continued fight against the construction of the Dakota Access Pipeline', they said.