No Fifty Shades? Shailene Woodley To Star In 'The Fault In Our Stars' 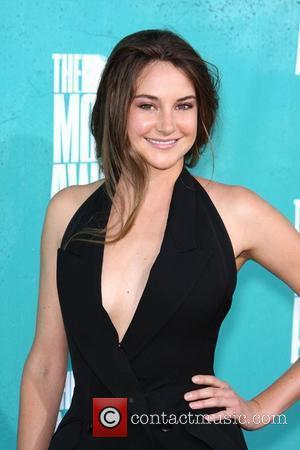 Shailene Woodley has dropped the biggest hint yet that she will not playing Anastasia Steele in the Fifty Shades of Grey movie by accepting the lead in Fox's 'The Fault in Our Stars.' According to Variety, The Descendants actress has been long rumored for the role though had to work out scheduling conflicts with her projects.

Woodley has now signed on the film, which is directed by Josh Boone and based on the book by John Green about two young cancer patients who fall for each other during treatment. "During our exhaustive search to find Hazel Grace Lancaster, I saw some stunning auditions by today's finest young actresses," Boone said of the arduous casting process. "Over 250 girls read for the part, but it wasn't until Shailene stepped in front of the camera that I truly saw Hazel for the first time.  It was like lightning striking.  I can't wait for the rest of the world to see what I have."

Woodley broke out with her role as George Clooney's on-screen daughter in The Descendants, which earned her a Golden Globes nomination for best supporting actress. She will next be seen in the A24 picture 'The Spectacular Now,' though has long been rumored to be on the shortlist for Universal's Fifty Shades of Grey. Her association with The Fault In Our Stars now makes that possibly unlikely. Earlier this week, Harry Potter actress Emma Watson ruled herself out, while Mila Kunis has spoken of her reluctance to take the part.