The actress was arrested last week after a peaceful protest at the  Dakota Access Pipeline.

Shailene Woodley has spoken about her arrest last week for the first time, explaining why she chose to protest at the Dakota Access Pipeline.

On Wednesday the actress pled not guilty to criminal trespassing and engaging in a riot, following her arrest on October 10.

In her full account written for Time, Woodley explains why she chose to stand in solidarity with Native Americans on Indigenous Peoples' Day and the importance of needing to protect our resources. 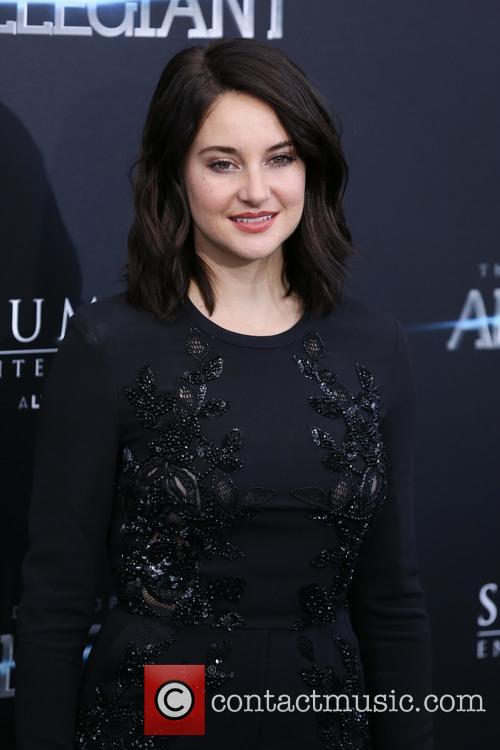 Shailene Woodley has penned an essay on her arrest last week

“I was in North Dakota, standing side by side with Native Americans. You know, those who were here before us,” she wrote. “Well, guess what, America? They’re still here.

“They are still putting their lives on the line to protect the roots that feed our existence…We are still silencing their dedication to protect us from the planetary consequences that will catastrophically bleed from our ignorance.

“We wear their heritage, their sacred totems, as decoration and in fashion trends, failing to honor their culture. Headdresses, feathers, arrows. Moccasins, sage, beadwork. You know what I’m talking about, Coachella.”

More: Shailene Woodley Speaks Out After Arrest For Criminal Trespassing

“And when we talk about governmental integrity, we do not (on a mainstream level) include Native Americans. Treaties are broken. Land is stolen. Dams are built. Reservations are flooded. People are displaced. Yet we fail to notice. We fail to acknowledge. We fail to act.”

Woodley went on to say that Native Americans are so largely ignored that it “took me, a white non-native woman being arrested on Oct 10th in North Dakota, on Indigenous Peoples’ Day, to bring this cause to many people’s attention. And to the forefront of news publications around the world.”

The actress explained that the issue is one that affects every ‘human who requires water to survive’ and she thanked all who had supported her after her arrest, but warned that more needed to be done.

“Simply feeding off the hype of a celebrity’s arrest ain’t going to save the world. But, standing together will,” she concluded.

“Please stand in solidarity with the Sioux people of Standing Rock Reservation to ensure that we still have rivers to swim in, springs to drink from and lakes to float on. Will you join us? Mni wiconi. Water is life.”