Shailene Woodley On Being "50% Feminine, 50% Masculine"

Shailene Woodley is not a feminist. And she eats clay.

Shailene Woodley, the star of the Divergent franchise, has been speaking about gender equality, telling Time magazine that she doesn't necessarily consider herself a feminist. Alongside with Jennifer Lawrence, Woodley is spearheading a new drive of lead female actresses. 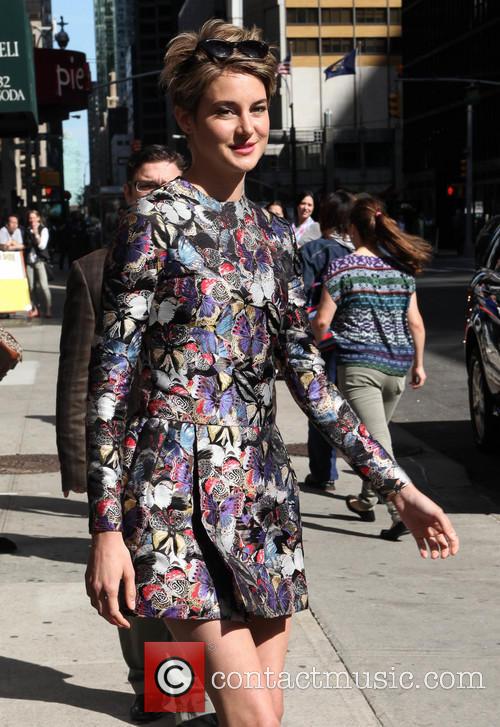 Shailene Woodley Outside The Letterman Show

When quizzed on why she doesn't regard herself as a feminist, Woodley - who rose to fame opposite George Clooney in The Descendants - said: "With myself, I'm very in touch with my masculine side. And I'm 50% feminine and 50% masculine, same as I think a lot of us are.And I think that is important to note. And also I think that if men went down and women rose to power, that wouldn't work either. We have to have a fine balance."

"My biggest thing is really sisterhood more than feminism.I don't know how we as women expect men to respect us because we don't even seem to respect each other. There's so much jealousy, so much comparison and envy. And 'This girl did this to me and that girl did that to me.' And it's just so silly and heartbreaking in a way."

Watch Shailene Woodley in the 'Fault in our Stars' trailer:


Woodley is currently starring in the critically acclaimed The Fault in Our Stars, but is probably now best known for her lead role in the Divergent movie. The first film took over $250 million at the box-office, with a sequel, Insurgent, set for 2015.

During an appearance on Late Night with David Letterman, Woodley spoke about her new Hollywood dietary habits.

"I do eat clay, yeah.You have to get it from a reputable source.Clay is one of my favorites.Clay binds to other material in your body and helps your body excrete those materials that are not necessarily the best for you."