Adoring Fans Raise "The Fault In Our Stars" To Box Office Success, While "Edge Of Tomorrow" Falters

Is TFIOS worth the hype? In a word, yes.

The Fault In Our Stars seems to be emerging as the winner of this weekend’s box office race, after it made teens across the US (and the world) bawl their eyes out for three solid days. That’s what the tweets say, anyway. The film tells the story of a pair of teens living with cancer – the clever and self-deprecating Hazel Grace Lancaster (Shailene Woodley) and the disarmingly lovable Augustus Waters (Ansel Elgort). As the two meet, fall in love and go on a life-changing trip together, they discover some truths about life, love and the meaning of it all.. As for the box office stats, well, those are nothing to cry about. 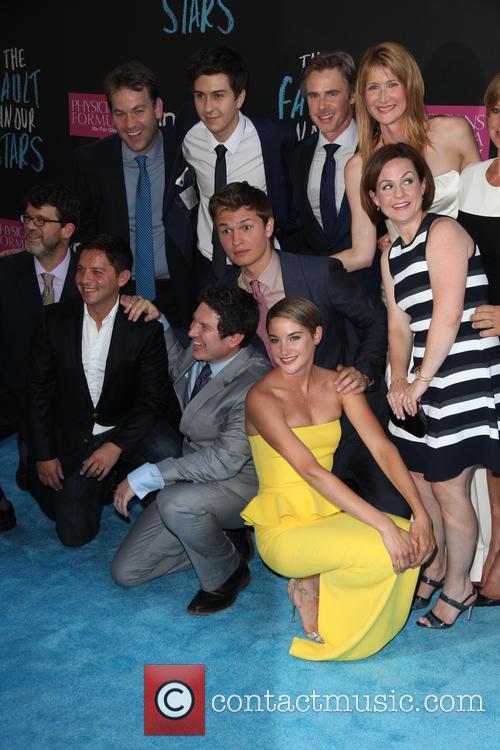 The cast of TFIOS at the film's New York premiere.

TFIOS, adapted from John Green’s bestselling novel (read all his books, if you haven’t already, seriously) is doing amazingly well not just in the US, but also in international markets. The film, which reportedly cost just $17 million to make, checked in at $26.1 million in domestic profits on Friday, and is projected to pass the $50 million mark by the end of Sunday, per Box Office Mojo. In international markets, TFIOS is expected to do even better, although the data is still unavailable at this time.

The fans are not exagerrating - even the trailer is a tearjerker.


More: The Fault In Our Stars Breaks Pre-Sales Records, Doesn't Do Too Badly In Reviews Either

As TFIOS soars, however, Tom Cruise and Emily Blunt’s sci-fi action flick Edge of Tomorrow is suffering the fate of its protagonist, sans the resurrection part. The film, which reportedly cost $178 million to make, will fall in third place this weekend with just $29,1 million. The second spot is occupied Maleficent, which made $33.5 million through Sunday. Even reviewers have been liking The Fault In Our Stars so far.