Seth Rogen's wife has filed a temporary restraining order against a man who claims to be a friend of hers. 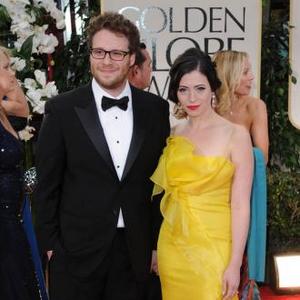 Seth Rogen's wife has filed a restraining order against a man who claims to be a friend of hers.

According to court documents filed by Lauren Miller - who married the 30-year-old actor last year - Yasin Ajani has shown up at the couple's house twice, claiming to have a package for her.

According to E! News, on July 14 he allegedly told their houseguest, Stephanie Beard, that he had a delivery for Lauren and threatened to ''jump the fence'' if she didn't let him in.

Ms. Beard said in the court filing ''he sounded like he was not stable''.

Two days later he is said to have shown up again and after being told by housekeeper Lucy Enriquez to go away, he was arrested on suspicion of misdemeanor trespassing.

Lauren said in the petition: ''I live in fear that he will return. I have difficulty sleeping and look for [Ajani] whenever I come and go from my house.''

She is also requesting that Ajani be responsible for $1,000 in attorney and filing costs.

A hearing to make the restraining order permanent is scheduled for August 10.