"Neighbors" Crashed Spidey's Party This Weekend, But Why?

The age of inappropriate humor is upon us.

The success of Seth Rogen’s Neighbors, which made a staggering $51 million over its debut weekend, proves that, when R-rated comedies work, they really work. The genre tends to be a bit hit-and-miss, but Rogen’s latest was a safe bet for Universal – his last foray into crude adult humor – This Is The End – made over $101 million domestically.

“It’s escapism, and when it works — and ‘Neighbors’ worked — comedies are just a great way for people to escape,” Nikki Rocco, head of domestic distribution for Universal, said for Variety.

Audiences in need of a little escape last weekend drove Neighbors to the fifth biggest opening for an R-rated comedy in film history. It’s the perfect lead-in to a summer, which will be marked by crude comedy, with 22 Jump Street, Sex Tape and Tammy all in the pipeline. Apparently, as TV moves steadily away from comedy and into bigger, more expansive dramatic production – NBC has just announced the end of its Thursday night comedy block – comedies are making a return to the big screen.

“College-age kids, they’ve seen everything,” said Paul Dergarabedian, senior media analyst at Rentrak.  “If you want to draw the younger audience to the theater, you’ve got to create a conversation, and the things that get people talking are those moments in a movie that really push the limits of the genre.” 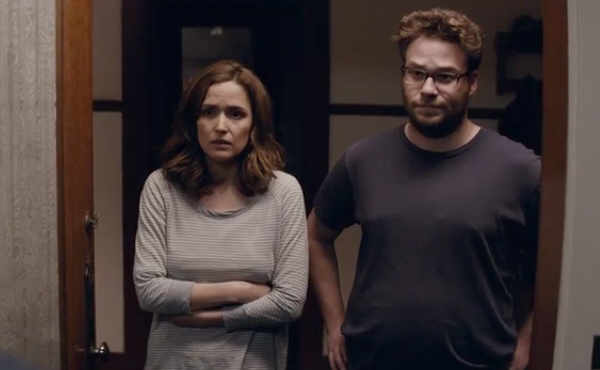 Neighbors comes at th the perfect time to tap into a major shift.

It can be seen in the success of unlikely contenders during blockbuster season, like The Hangover trilogy and Seth Macfarlane’s Ted. This summer is particularly packed, with about half a dozen adult comedies scheduled for the next four months, including Let’s Be Cops with Damon Wayans Jr. and A Million Ways to Die in the West from the aforementioned master of the genre, Seth McFarlane.

More: So, Should You See Neighbors Or The Amazing Spider-Man 2 tonight?

Watch the Neighbors trailer below.

According to market analysts, there’s always room for another well-written comedy, if the timing and the script are right.

“There was a lot of pent-up demand,” said Eric Handler, a media and entertainment analyst at MKM Partners. “It was scheduled at the right time, when there wasn’t much competition. You had Seth Rogen to appeal to the male audience and Zac Efron to appeal to females, so it was cast well, and the reviews were positive.”