Seth Rogen's wife and Alzheimer's disease advocate Lauren Miller has called out the "misplaced anger" towards Will Ferrell after he dropped out of the controversial comedy about former U.S. president Ronald Reagan. 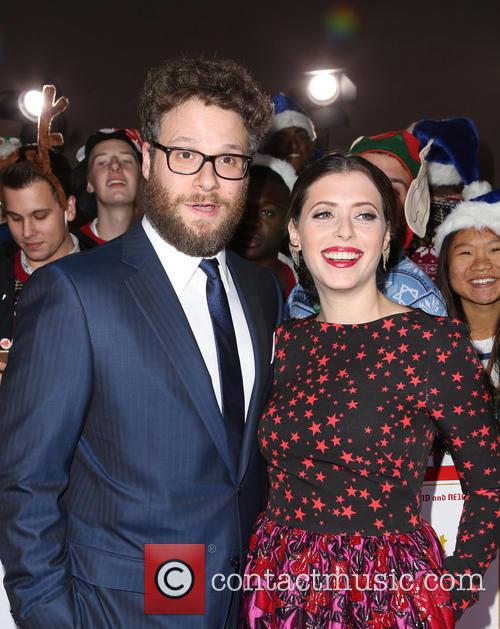 Last month (Apr16), the Anchorman star pulled out of a film titled Reagan, in which he was poised to portray the ailing politician. The quirky film followed an intern who is given the task of convincing Reagan he is an actor portraying the commander-in-chief in a movie.

The film was met with mixed reactions, with Reagan's daughter, Patti Davis, making it clear she's not a fan of the film - or Ferrell's casting - in a passionate open letter to the actor on her blog, insisting her father's struggle with the disease was no laughing matter.

And Seth's wife Lauren also decided to pen an emotional essay with her own thoughts on the subject, since the actress' mother suffers from the degenerative disease. In addition, she and Seth are founders of the Hilarity For Charity organisation, which aims to raise awareness for Alzheimer's.

In an post for website Refinery29, Lauren reveals she was eager to learn more about Will's "Alzheimer's comedy" and was initially supportive of the project.

"I have long advocated that Alzheimer's should be more prominent in movies and TV so that it can be destigmatized and humanized in the same way that cancer and HIV/AIDS have been," she writes. "In order for Alzheimer's to receive the funding it needs and deserves, it needs to be understood by the millions of people who think memory loss is a normal part of aging (it's not) or even funny (it's definitely not)."

Lauren tracked down the script, and noted she thought it was "well-written", despite the fact it "does not portray the disease in an accurate way", but noted the jokes "poke more fun at the stupidity that surrounded the government in the late '80s than it does at Alzheimer’s."

She continued, "I haven't seen this much Alzheimer's coverage since my husband, Seth Rogen, addressed the Senate three years ago about the need to take action against this disease, and even then, his message took a backseat to the fact that only two of the 16 senators on the panel he was invited to address showed up to hear him speak. Their poor attendance was the focus of the news, not the fact that 5.4 million Americans have Alzheimer's, or that the government spends only $900 million on Alzheimer's research..."

Lauren pointed out that critics' anger amid the controversy should not have been towards Will, but rather that Alzheimer's has yet to be portrayed accurately in the media.

"If you got angry about Will Ferrell's role in a hypothetical movie, I urge you to place that anger back on the fact that Alzheimer's is an epidemic that is still so misunderstood, Hollywood screenwriters are still writing insensitive scripts about it - and that it's still very much underfunded by the government President Ronald Reagan once led.

"Don't attack #WillFerrell because he considered making a movie from a respected script. Hashtag how f**ked up it is that it takes something like this to get the media to write articles about Alzheimer's and to get Alzheimer's trending. Tweet at your congressman or senators to increase funding and #EndAlz. Tell your story and get it published. Help a loved one who is going through it."