Seth Rogen Is The Green 'Douchebag'

Seth Rogen says his superhero character in 'The Green Hornet' is ''a douchebag'' and ''not really that awesome''. 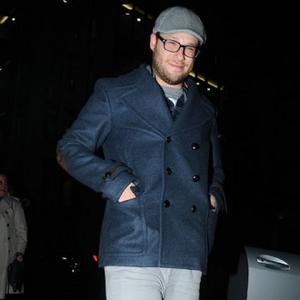 Seth Rogen says his superhero character in 'The Green Hornet' is "a douchebag".

The comedy actor is taking on his first action role in the Hollywood film but insists his titular character doesn't fit into the usual mould of other macho comic book heroes.

He said: "No, he's not a hero in any way that you would expect him to be a hero, in any way, shape or form. He's really not that awesome when you meet him, I have to say.

"He's kind of douchebag. A somewhat entertaining douchebag, but a douchebag all the same."

Kato is equally as important in the storyline.

He added: "There are two guys out there, risking their lives, getting shot at - and one of them is the sidekick? Let's be clear about this, Batman and Robin do exactly the same thing.

"In our approach, the relationship is the superpower. Alone these guys are kind of nothing, but together they're able to accomplish things that no mere mortal ever could."