Seth Rogen felt overwhelmed by having to manage a huge $120 million budget for his new film 'The Green Hornet'. 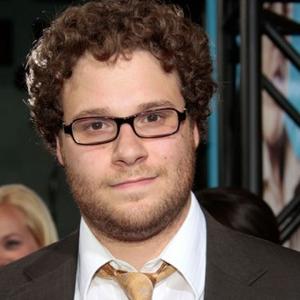 Seth Rogen found it "insane" to be involved in the $120 million budget for 'The Green Hornet'.

The actor - who also produces and stars in the new movie - was overwhelmed by the task of managing the budget for the project because of all the small things he needed to look over and found it hard to "wrap" his head around.

He said: "It's insane. But it's not so much the specific amount of money that's stressful, it's all the things that go along with making a movie of that size.

"We have multiple camera units a lot of the time. There's blue screen, there's action sequences that are extremely complicated to film. It's just infinitely more complex than any movie I've worked on before.

"It's a lot to wrap your head around sometimes."

The 28-year-old star was first attracted to the project because of how it is a rare time when a "sidekick" is more well known than the main character, after martial arts legend Bruce Lee portrayed Kato in the first adaptation of the original comic book story.

Seth explained: "The sidekick story is what really drew us to 'The Green Hornet'.

"As nerds, we always wanted to do something about sidekick and hero because we figured 'sidekick' was the most demeaning term in the history of the universe.