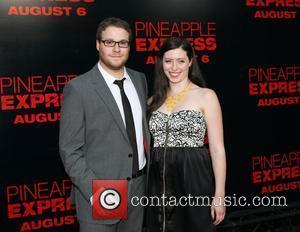 PINEAPPLE EXPRESS co-creators Seth Rogen and Judd Apatow clashed while writing the upcoming stoner comedy - because they couldn't agree how to promote marijuana in the movie.
Rogen and James Franco play two drug-users on the run from gun-toting villains in the new film.
Rogen admits he is a regular drug user, but Apatow is anti-marijuana - and the pair struggled to reach a compromise.
The actor says, "There were some internal discussions. The reality being that Judd is somewhat against marijuana use and I think it should be legal.
"We didn't really want to make a strong overall message about it. We kind of wanted to leave it to the audience."