The powers that be in North Korea are most displeased about 'The Interview," which depicts a plot to kill leader Kim Jong-Un. 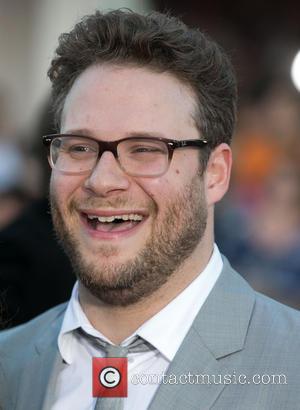 North Korea has filed an official complaint with the UN regarding the upcoming movie The Interview, requesting that the comedy be banned from distribution. The movie, which stars Seth Rogen and James Franco, is a comedy about a plot to kill the current North Korean leader, Kim Jong-Un.

The movie tells the story of two journalists who are tasked with killing the dictator after they land a rare interview with him. The movie's publicity has been met with much anger from the North Korean authorities. Failure to stop the release of the film on 14 October in the US would, it has been threatened, result in a "resolute and merciless response."

The UN Secretary-General Ban Ki-moon received a letter dated the 27th June from North Korea's UN Ambassador Ja Song Nam. The letter, which has been made public this week, does not give the name of the movie but describes a plot that "involves insulting and assassinating the supreme leadership," according to Reuters.

"To allow the production and distribution of such a film on the assassination of an incumbent head of a sovereign state should be regarded as the most undisguised sponsoring of terrorism as well as an act of war," Ja said.

"The United States authorities should take immediate and appropriate actions to ban the production and distribution of the aforementioned film; otherwise, it will be fully responsible for encouraging and sponsoring terrorism," he wrote

Ja also attached a story by the official KCNA news agency similarly criticising the film, stating "The act of making and screening such a movie that portrays an attack on our top leadership... is a most wanton act of terror and act of war, and is absolutely intolerable."

Rogen responded on Twitter with a joke: "People don't usually wanna kill me for one of my movies until after they've paid 12 bucks for it."

More: Dave & James Franco to star in 'The Disaster Artist: My Life Inside The Room.'

Though North Korea's threats are undoubtedly unsettling, the complaint and ongoing press coverage could have provided Rogen and co. with better publicity than they could have ever dreamed of...that is, as long as the movie makes it to release.

More: Kim Jong-Un will watch 'The Interview' with a bowl of ice cream. Will 'The Interview' Actually End Up Meeting Its 10th October Release Date?