Beastie Boys To Fight For Your Right On The Big Screen 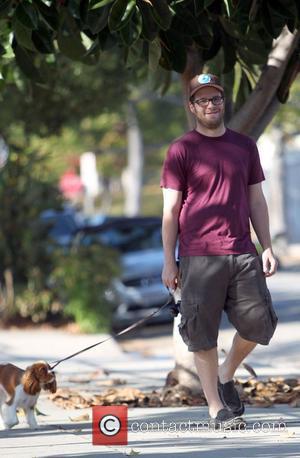 Seth Rogen, Elijah Wood and Danny McBride are playing the Beastie Boys in a new short film based on the iconic rap band.
Rapper Adam Yauch, who recently took a break from music to battle cancer, has written and directed the movie, which focuses on the making of the trio's 1986 video for (You Gotta) Fight for Your Right (To Party!).
Yauch will be played by MCBride in Fight For Your Right Revisited, while Wood will play Adam Horovitz and Rogen will take on the role of Michael 'Mike D' Diamond. Will Ferrell, John C. Reilly and Jack Black will also take on the roles of the bandmembers during the film.
The star-studded cast also features Susan Sarandon and Stanley Tucci, while a number of famous faces have signed up to make cameos including Orlando Bloom, Kirsten Dunst and Ted Danson.
All three real Beastie Boys will also make brief appearances playing cops.
Fight For Your Right Revisited is set to premiere at the Sundance Film Festival in Utah in January (11).