After 'Bad Neighbors', Seth Rogen Has Plenty More Movies On The Way, Including These Five

Seth Rogen is a very, very busy man but which of his five upcoming movies are you most excited for?

Seth Rogen is currently delighting the critics alongside Zac Efron in Bad Neighbours, but don't expect him to be resting on his laurels anytime soon. The multi-talented star, who has proven he can not only act, but write and direct as well, might just be the busiest man in Hollywood. With no fewer than than five upcoming movies already in production and even more works in development, we're starting to wonder when Rogen manages to get any sleep. If you just can't wait for your next big screen Rogen fix, here's a look at five of his upcoming features to stir your excitement. 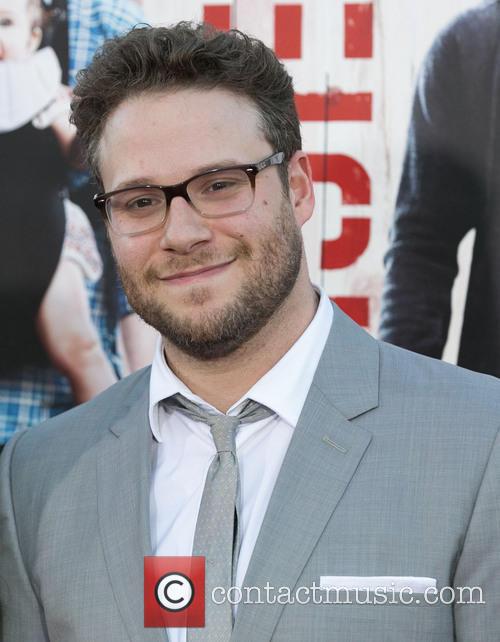 Seth Rogen: when does he sleep?

The Interview finds Seth teaming once again with childhood friend and frequent collaborator Evan Goldberg, the pair wrote and directed this one together, which is coming our way in October. Starring alongside Rogen is his BFF, James Franco, who plays Dave Skylark, a talk show host who scores his big break, an interview with North Korean dictator Kim Jong-Un. Taking his producer Aaron (Rogen) along for the ride, things soon take a different turn when the CIA asks them to kill the dictator, something which the pair feel more than a little under qualified for. Expect this one to bring the laughs and showcase the very bankable chemistry between Rogen and Franco.

Another Rogen/Goldberg collaboration, Sausage Party is a surreal sounding 3D animated film, which is just for the adults. A journey of self discovery told from the perspective of four sausages, this is one Rogen project we can imagine he conceived during a very late night. After falling out of a shopping cart, four sausages embark on a journey through the supermarket to get back to their aisles before the Fourth of July sale. As silly as it might sound this one boasts one of the most impressive voice casts we’ve seen in a while, as alongside Rogen there’s also James Franco, Jonah Hill, Kristen Wiig, Michael Cera, Edward Norton and Salma Hayek!

Watch Seth in the trailer for Bad Neighbours with Zac Efron:

Rogen’s second upcoming animation, sees him lending his voice talents alongside Melissa McCarthy and Bill Murray. Directed by Kung Fu Panda: Secrets of the Masters’s Tony Leondis, B.O.O. centers on a top-secret government agency, which employs ghosts to protect humans from evil hauntings. When two new ghosts (McCarthy and Rogen) uncover an evil plot to overthrow the organisation they must work together to save B.O.O. as well as the world. This one has encountered a few delays over the past two years, but is currently slated for a June 2015 release.

The Sound and the Fury

Rogen will be back with James Franco once again for this upcoming adaptation of William Faulkner’s novel, which sees Franco behind the camera. Set in Jefferson Mississippi, the story spans over 30 years telling the tale of the tragic Compson family. There’s no release date for this one yet, but shooting began last month in New Jersey. 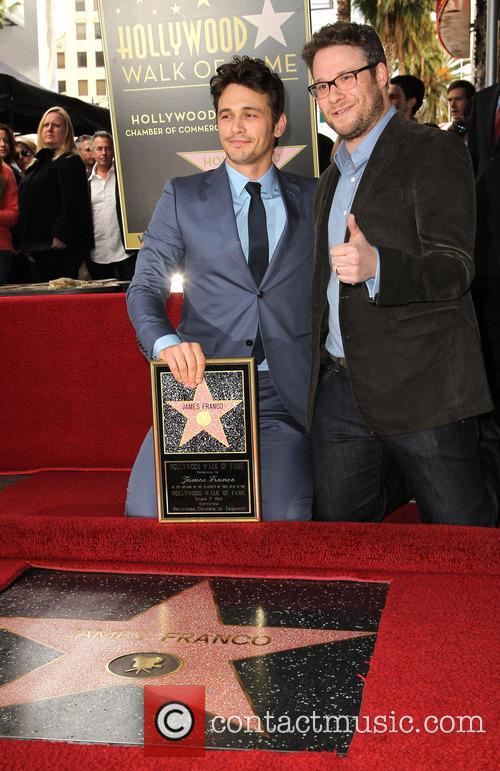 The 50/50 team of Rogen, Joseph Gordon-Levitt and director Jonathan Levin are reuniting for this as yet untitled Sony comedy. All we know so far is it centers on three childhood friends who get together again in New York to renew their old tradition of going out on Christmas Eve. There's no word on who's been cast to finish off the trio but production is set to begin this summer with a December 2015 release being looked at.