Was Seth MacFarlane Too Hard On Ryan Lochte? 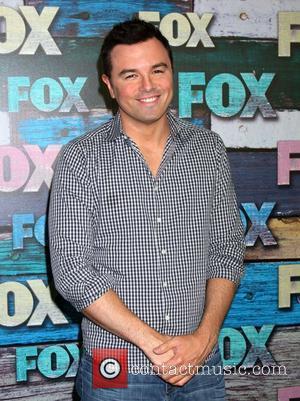 Olympic gold medallist Ryan Lochte has reacted to Seth Macfarlane's parody of him on Saturday Night Live over the weekend. The Family Guy funny-man ripped into Lochte in one of his skits, poking fun at the swimmer's mispronouncing of words after opening with, "Hey, Seth, I'm Ryan Lochte.I was America in the Olympics." Though the jokes seemed to go down pretty well with SNL's live studio audience, Lochte didn't seem too pleased with it all, telling Celebuzz, "That was a pretty harsh one," before adding, "I think he pegged me wrong, but when I heard he did a skit I knew I was in for it!.. It's all in fun and of course if I'm talked about on SNL I know they are gonna get me 'Go-od", a reference to the way in which MacFarlane pronounced Matthew Perry's new show 'Go On' as 'goon'. Lochte again went on the defensive while speaking with Extra TV, saying, "I think they (SNL) got me all wrong there. The whole skit, that was from when I first started doing interviews like six or seven years ago. I didn't know what to really say doing interviews, but now I'm really more relaxed." Considering the amount of celebrities that have taken a mauling on MacFarlane's 'Family Guy', we think Ryan Lochte got off pretty lightly. How about you?