Seth MacFarlane at the Oscars: How Denzel Washington Will Help Him Cope 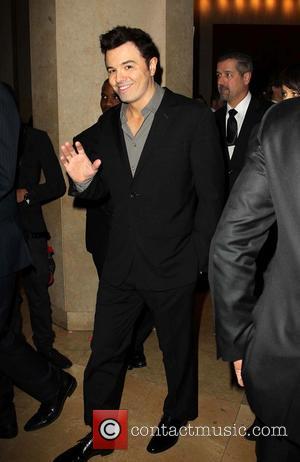 Hosting The Oscars is one of the biggest hosting jobs a person can do in their lifetime, unless you hosted the royal wedding, or... well, that's pretty much the only thing bigger than the Oscars. With the world's biggest stars all under one roof and the opinions of the Oscar judges held in such high esteem, Seth Macfarlane has let himself in for something major, and he knows it.

In an interview with USA Today he revealed that he's been doing plenty to prepare himself for the big day (this Sunday, February 24th). He got "good advice from Billy Crystal" who "took about an hour out of his day, [to talk] through some of the dos and the donts" of hosting the Oscars. Apparently, Crystal told MacFarlane to "get comfortable with [his] shoes before [he] gets out there."

"They say look and find a friendly face in the audience. I'm probably going to find Denzel Washington or maybe Joaquin Phoenix," he added. As well as discussing his preparations, he also said that there'll be a musical element to the show on Sunday! Although he couldn't elaborate further on how, when or with whom that might occur, but it has to happen. "It's the Oscars, there's an orchestra, it would be a shame to not use it."