The Oscars 2013: Is Seth MacFarlane the Best Man For the Job? 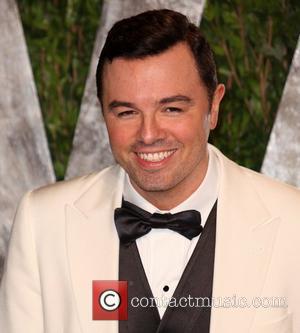 The Oscars is the biggest annual event in western film culture, perhaps matched only by the Cannes Film Festival. Winning an Oscar is a director's, actor's or writer's proudest moment and one that will ensure career longevity and continued success. So, to host the Oscars is a pretty big deal- is Seth Macfarlane, a squat comedy writer whose shows have been censored and even banned in the past the right man for the role? And, if he's not, who may have been a better choice?

Seth MacFarlane is the creative mind behind the animated comedy tour-de-force Family Guy, as well as American Dad and The Cleveland show. He branched his career out further this year writing, directing and starring in the movie “Ted”.

However, MacFarlane had a slight mishap when hosting the Emmys this year, in which he couldn't find the mic. If he has a similar slip-up this year, the award directors may be lamenting not opting for someone else. But who else could step up to the mark? Judging on entertainment value and quality The Muppets would have been an excellent choice, or even the man responsible for bringing them vehemently back to life earlier this year, Jason Segel. Neil Patrick Harris is another all-rounder who would be great for the job, or even Mila Kunis.

Nevertheless, MacFarlane's own proven career longevity, success and variety of skills make him ideal for the role. Seemingly a natural wit, eloquent and strangely lovable, he's a great performer and speaker. As well as being talented in comedy and music, he is also politically a fairly good choice. Plus, there will be many Oscars to come that may see any of the above hosting these prestigious awards.