Seth Macfarlane continues to be surprised by the success of 'Family Guy' and he relies on ratings to tell him when it is time to end the animated show. 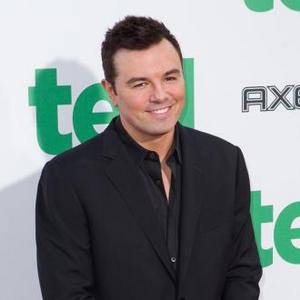 Seth Macfarlane ''never expected'' 'Family Guy' to go on for as long as it has.

The creator of the adult animated show - which was cancelled after three seasons in 2002, only to be brought back three years later due to popular demand - is shocked the series has gone on to be a huge success, and he relies on the ratings to dictate if he should continue with it.

He said: ''I never expected it to go on for so long. I ponder the end of 'Family Guy' on a regular basis.

''It's important to know when a show has overstayed its welcome before your audience does. All you can do is look at the ratings. The ratings are still great, so there are still people watching it.''

Seth has just made the jump from small screen to big screen with his feature-length directorial debut 'Ted', in which Mark Wahlberg and Mila Kunis star opposite a foul-mouthed teddy bear, and he insists cinema work is easier than cartoons.