Seth's overall output on the station will still be reduced 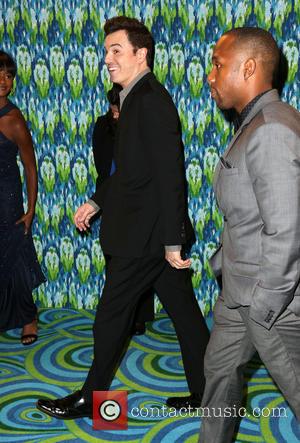 Good news fans of repetitive toilet humour, Seth Macfarlane has been given the green light by Fox to produce another animated series for the network. With Fox quietly reducing his output on the network to just his flagship show, Family Guy, a deal has been struck between Fox officials and MacFarlane to bring Bordertown to the network.

As first reported by Deadline, Fox have agreed an initial 13 episodes run for the new animated series, with MacFarlane working with Family Guy producer and Ted director Mark Hentemann as executive producer for the project. Alex Carter (Family Guy) and Dan Vebber (American Dad) will also executive produce the seriers.

The show was originally conceived by Hentemann, and is set in the fictitious Texan town of Bordertown, where the ongoing cultural shifts running through America will be explored in each episode, probably in the least politically correct way possible.

The show will revolve around the daily lives of two neighbours: Bud Buckwald, a married family man who works as a border patrol agent and is struggling to come to terms with the cultural changes occurring around him; and Ernesto Gonzalez, a Mexican immigrant who is proud of the roots he and his family are developing in their adopted homeland. The series develops as each neighbour becomes more connected with the other and with this being a MacFarlane series, expect stereotypes to be exploited to their maximum potential.

The announcement of Seth's new series comes at a time when his overall presence on the Fox network is diminishing. With American Dad moving to TBS and The Cleveland Show getting cancelled, MacFarlane will only have two shows on the network, as opposed to the four he potentially could have had, when Bordertown airs. No date has been set for when Bordertown will debut on the network, but it is expected to fall somewhere in the 2014/2015 season. Seth MacFarlane will have three shows on offer again soon