It Seems Seth MacFarlane's 'Ted' Has Been Obnoxious Before

Ted, the main character of the film ted, was the loveable talking bear that looked like butter wouldn't melt.What he was, in actual fact, was the cause of endless friction between his owner John, Mark Wahlberg, and John's girlfriend Lori, Mila Kunis, as a result of his foul-mouthed, boozy and irresponsible ways. 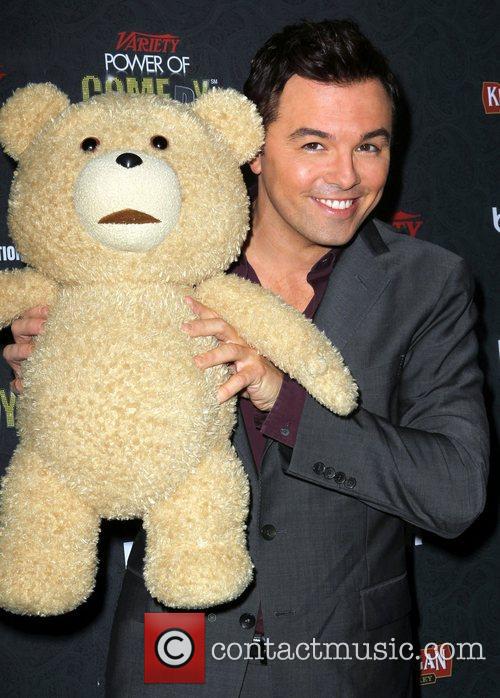 Two years after the film's release and, once again, Ted is in the middle of another row, this time between Universal Pictures, the film's creator and director, Seth Macfarlane and a production company that claims they invented the cuddly character first.

Bengal Mangle Productions has filed a copyright infringement lawsuit that claims their webseries creations, Charlie The Abusive Teddy and Acting School Academy, both featured Charlie, a rude and sexually provocative bear - traits not unlike those that can be found in MacFarlane's Ted.

The lawsuit states that the webseries aired in 2009 and 2010 on YouTube, FunnyOrDie.com and other streaming websites and show the very character that was later depicted in MacFarlane’s successful film.

More: Mila Kunis out and Amanda Seyfried in for Ted 2

According to Deadline.com, it also claims that 'Charlie and Ted each have a substantially similar persona, verbal tone, verbal delivery, dialogue and attitude'.

Not only is Bengal Mangle Productions claiming that the character of Ted has been taken from Charlie, but the company has also stated that some of the scenes from MacFarlane's funny comedy were 'substantially similar' to ones from their webseries.

More: MacFarlane is no stranger to controversy