Over To You Seth MacFarlane: How Will Oscars Host Fare After Tina Fey And Amy Poehler's Groundbreaking Golden Globes Performance? 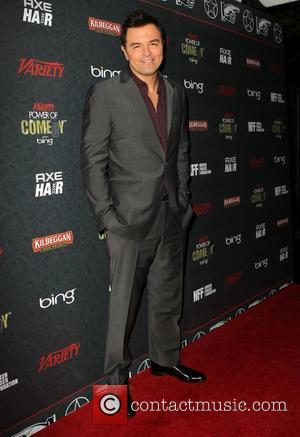 Tina Fey and Amy Poehler were widely hailed as successful hosts of last night’s Golden Globes, keeping it clean but funny. So much so that it caused the Guardian to remark that it was something of a ground-breaking moment in awards history. “Something rather important happened last night at the Beverly Hilton Hotel. Something groundbreaking. Something record-setting,” they wrote. “Tina Fey and Amy Poehler proved that hosts of an awards ceremony can actually be funny.” Now, of course, all eyes are turning to Seth Macfarlane, who – somehow – has to try and do the same at the Oscars. No pressure, there Seth… no pressure.

MacFarlane was clearly taking notes last night, ahead of his Oscars moment and he was quick with the praise for the duo. “Please give Tina and Amy high marks because they did great,” he told the press and explained that he’s well aware of the pressure that he’s under, as the Oscars host and said “Oscars hosts always get thrashed.” Of course, Tina and Amy had the benefit, you could argue, of having each other to bounce off and work with. Seth won’t have the luxury of a comedy partner but what he will have is the eyes of the world upon him. The Golden Globes are a mere precursor to the international weight of the Oscars.

Poehler and Fey were careful not to cause the kind of barrel-scraping outrage that Ricky had done before them and it seems that the raciest thy got with their jokes was probably in relation to Kathryn Bigelow, when Fey said “I haven't been following the controversy about 'Zero Dark Thirty,' but when it comes to torture, I'll trust the lady who was married to James Cameron for three years.” They ended the evening by announcing that they were going home with Jodie Foster who had just been on the stage confirming that, as the world kind of knew anyway, she was definitely gay. If we were Seth MacFarlane, we’d be worried; seems like Amy and Tina got to all the good jokes first, huh?