The PBS programme has announced a joint deal with HBO for new funding for the next half a decade.

In a dramatic shake-up of children’s TV that’s bound to be divisive, eternal favourite ‘Sesame Street’ is being added to the roster of the HBO network alongside adult dramas like ‘Game of Thrones’. Who saw that coming?

Sesame Workshop, the non-profit organisation behind the beloved children’s show, released a statement announcing the new deal with HBO on Thursday (August 13th). The next five seasons of ‘Sesame Street’, which has been airing for 45 years on PBS up until this point, will be aired first on the premium cable channel and its subscription streaming services. 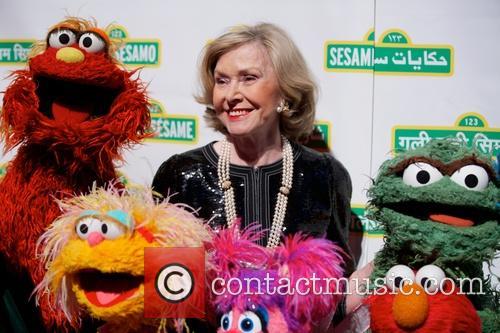 'Sesame Street' founder Joan Ganz Cooney with some of the cast

However, Elmo, Big Bird and company will not be disappearing from its home on public service broadcasting. While the new episodes will be available first on HBO and then on its streaming platforms, before being made available on PBS nine months later.

The deal alleviates the financial burden that ‘Sesame Street’ has been under for a number of years, which had reduced the amount of episodes it could make per season. HBO’s backing will allow for 35 episodes per season to be commissioned, up from the 18 it had been managing from PBS, licensing and DVDs that had been its dwindling sources income until now.

However, the arrangement has been lamented by some who pointed out ‘Sesame Street’s origins as an early-age educational programme, set up in the late ‘60s as free to access for all children regardless of socio-economic circumstance. Paywalling it behind a subscription-only service has been criticised as a symbolic betrayal of that founding principle.