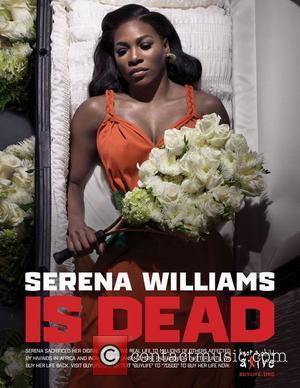 Tennis ace Serena Williams has dismissed reports she's planning a wedding with rapper Common, insisting he's yet to propose.
The couple, which began dating in 2007, reunited late last year (10) after a brief split and recent reports suggested the relationship had taken a serious turn.
But a representative for Williams insists the stars aren't making plans to walk down the aisle anytime soon.
The spokesperson tells the New York Daily News the wedding rumours are "not true at all".