Tennis superstar Serena Williams wowed and inspired the world last week by revealing she was 20 weeks pregnant and had therefore been carrying her unborn child when she won the Australian Open in January. 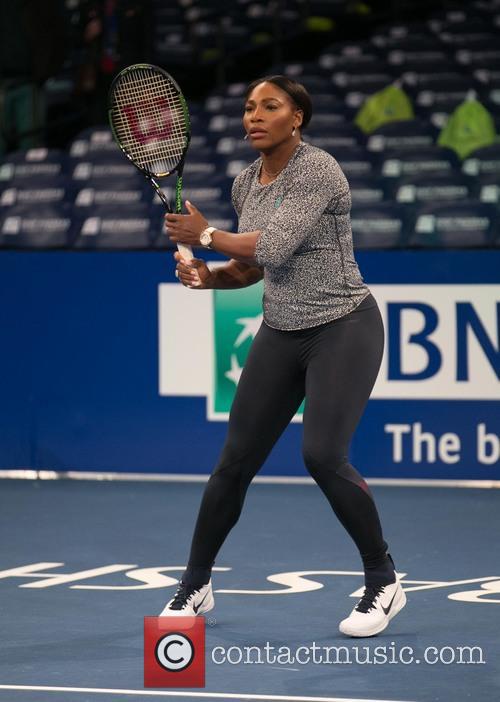 Serena Williams is pregnant with her first child

However, it seems now her big announcement was a bit of a mistake and she didn’t intend to tell everyone about her happy news quite as early as she did.

The American sportswoman - who has said she will return to the courts in 2018 - accidentally uploaded a photo with the caption '20 weeks' to her Snapchat during a daily one-photo-a-day ritual to chart her pregnancy process.

Speaking about her slip up, the 23 times Grand Slam Champion, who is engaged to Reddit co-founder Alexis Ohanian, said: "I was on vacation, taking time for myself and I have this thing where I’ve been checking my status and taking a picture every week.

MORE: Serena Williams Engaged To The "Luckiest Nerd Of Them All"

"I’ve been just saving it, but you know how social media is - you press the wrong button and... My phone doesn’t ring that much and 30 minutes later, I’d missed four calls. So I picked it up and realised, ‘Oh no’."

The picture was taken down shortly after it had been put up but by then the world knew and the happy news was confirmed by Serena’s publicist shortly afterwards.

Since her revelation, the 35-year-old champion has spoken about her feelings playing the Australian Open Final - during which she beat her sister Venus - while pregnant.

Serena said: "I was nervous, I wasn’t sure what to do. Can I play? I know it’s very dangerous in the first 12 weeks or so, so I had a lot of questions.

"I knew that at that moment, it was important for me to just focus. I had to take all that energy and put it in a paper bag and throw it away.

"I really felt like I didn’t have time to deal with any extra emotions, any extra anything.

"Pregnant or not, no one knew. Every tournament where I show up, I’m expected to win. If I don’t win, it’s actually bigger news."