Serena Williams clarifies Venus Williams' apparent slip over the sex of her baby.

Serena Williams has confirmed that her sister's slip regarding the gender of her unborn baby was more down to wishful thinking than anything else, because the tennis star doesn't actually know what she's having - and it's gong to stay that way until the birth.

Serena Williams at the 2017 Met Gala

Venus Williams is thrilled about her younger sister's pregnancy and opened up about how she wanted the baby to be named after her in an interview recently. She really seems adamant that she is going to have a niece - and maybe she is right to be - but Serena has clarified that it's all speculation.

'I think the surprise of knowing what you are going to have on that very special day you give birth is prob the best surprise you can ever have', she told her Instagram followers. 'So to clarify what Venus said, I am always joking with my sisters to see what favors I can get them to do for me next. If I want something from one of my sisters I say baby Venus, baby Lyn or baby Isha needs it.'

Serena added that it's very easy to get stuck with one pronoun when she and Venus grew up with three sisters: Yetunde Price (now deceased), Lyndrea Price and Isha Price. 'I did not grow up with any brothers, only sisters and we all say 'she' more than 'he'', Serena continued.

Venus made the assumption during an interview with Eurosport when they asked what the baby would be calling her. 'She's going to call me 'favorite aunt', she said. 'We're all like, 'Baby V, baby Lyn, baby Isha.' We all want the baby to be named after us.'

Serena announced that she and Reddit co-founder Alexis Ohanian were having their first child together in April, by complete accident with a Snapchat post showing her at 20 weeks. It didn't take fans long to work out that she was 8 weeks pregnant during the Australian Open in January, making her win all the more impressive. 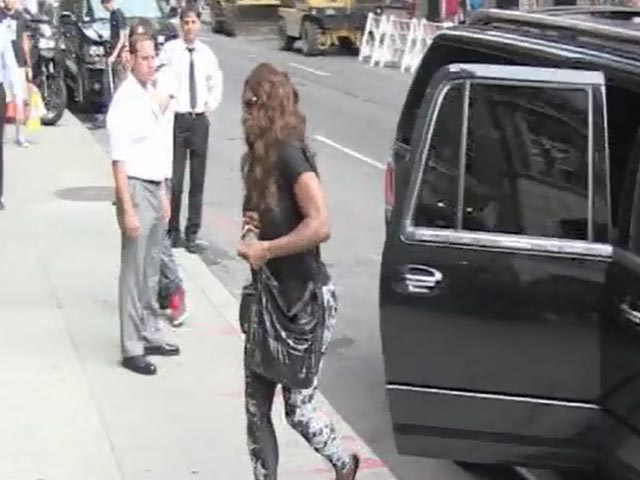