Sports Star Serena Williams Channelled Her Inner Superhero To Tackle A Thief Who Stole Her Phone On Tuesday (03nov15). 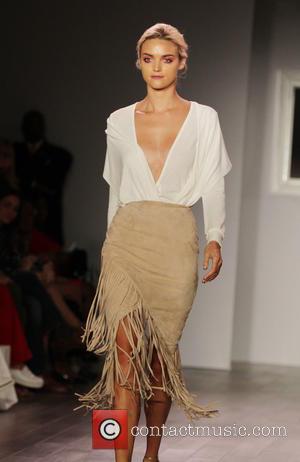 The tennis champion is the women's world number one and is known for her strength and agility on the court, so when a man ran off with her cell phone while she dined out at a Chinese restaurant, the 34 year old didn't hesitate to leap into action.

Taking to her Facebook page after the incident, Serena described how the man in question had hovered unusually close to her table, giving her an "eerie feeling".

"I kept watching him from the corner of my eye," she wrote. "Then when least expected lo and behold this common petty thief grabbed my phone and swiftly left. I looked at the chair, then shouted 'Omg (Oh my God) that dude took my phone!!' Not thinking I reacted... (sic) I jumped up, weaved my way in and out of the cozy restaurant (leaping over a chair or two) and chased him down."

Alongside her tale, Serena posted a picture of her head superimposed over an image of Supergirl's to highlight how quick she had been in tackling the petty criminal.

"He began to run but I was too fast," she continued. "(Those sprints came in handy) I was upon him in a flash! In the most menacing yet calm no nonsense voice I could muster I kindly asked him if he 'accidentally' took the wrong phone. He stumbled on his words probably not expecting this to happen... Eventually he said 'Gosh you know what I did! It was so confusing in there. I must have grabbed the wrong phone.'"

Serena didn't reveal where the incident took place, but she had some words of advice for her followers.

"Superhero? Maybe? Or HELL YEA (sic)!!," she added. "I've got the speed the jumps, the power, the body, the seduction, the sex appeal, the strength, the leadership and yet the calm to weather the storm. Always listen to your superhero inner voice. Always keep your things close! Fight for what's right. Stand for what you believe in! Be a superhero!"