Quote: "A sincere thank you to all those who sent me the spirit of loving and forgiveness. It is a new birth year. Thank you." Actress Selma Blair thanks friends and fans who offered her support following a meltdown on board a Delta flight to Los Angeles International Airport on Monday (20Jun16) as she celebrates her 44th birthday on Thursday (23Jun16).

Tweet: "I thank you for support and love." Selma Blair makes a simple statement to fans following news of her sudden departure from Tv sitcom Anger Management. Her exit comes amid reports of a bitter feud with co-star Charlie Sheen.

Tweet: "To the owners of the barking dogs, Really? Barking from 11 pm to 4 am? Without pause? You are the pits. No love, selma". Actress and mum Selma Blair sends a passive-aggressive tweet to neighbours with noisy pets.

Tweet: "No baby on board, just a big tummy. Ha." Actress Selma Blair shoots down reports she's expecting her second child after she was photographed with a bulging stomach.

Tweet: "People stop and say my baby is beautiful and in same breath say he looks nothing like me." Actress Selma Blair is both flattered and insulted by compliments strangers make about her baby boy Arthur Saint.

Tweet: "Happy Wednesday. Up all night with my precious who has a bad cold. Poor baby." Actress Selma Blair had a sleepless night tending to her sick son, Arthur.

Quote: "It's exhausting. If I could sleep more, I would be the happiest woman in the whole world. I'm not sleeping and it's showing. But I'm so blessed... I am totally going to stop complaining." Selma Blair is revelling in motherhood since giving birth to baby Arthur in July (11).

Quote: "It's open all the time and you go down and play your silly slots...It's nice to have people up when I am right now. It's a rare thing. And there is always food." Actress Selma Blair enjoys spending time in Las Vegas because it suits her pregnancy-related insomnia.

Fact: Actress Selma Blair has injured his wrist in a horseriding accident. The Hellboy star has been spotted sporting a bandage on her left wrist after taking a tumble during a recent gallop.

Fact: Canadian rockers DANKO JONES have been given a big video boost - their latest promo for FULL OF REGRET features Lemmy, Selma Blair and Elijah Wood. In the video, Motorhead star Lemmy plays a mob boss, who hires actors Blair and Wood to kill the band members.

Quote: "I like geek boys. I married one. I divorced one. But we're still very good friends. He sent me flowers for the (HELLBOY II: THE GOLDEN ARMY) premiere." Actress Selma Blair is still on good terms with her ex-husband Ahmet Zappa.

Quote: "I always look like Benicio Del Toro! Actually, that's being kind to myself, as I think he's very sexy and I can't say that I feel the same way about myself. On bad days I look like a cross between Benicio and Truman Capote. I always look like I've been up a bit late." Actress Selma Blair doesn't think much of her looks.

Quote: "Apparently I have a very low forehead line, which a lot of people comment on all the time. I am apparently from the monkey family; people are either rats or monkeys. I'm a monkey." Actress Selma Blair on her difficulty to find wigs for movie roles.

Quote: "People were asking me about it: `Oh yeah, it's going really well... I'm pregnant!' We had exchanged phone numbers at someplace, but we didn't even see each other on the night in question." Selma Blair on rumours she was dating Britney Spears' ex-husband Kevin Federline.

Quote: "No, the math does not make sense. I'm probably older than her in real life, but it doesn't matter - we're actresses." KATH + KIM star Selma Blair on TV bosses' decision to cast Molly Shannon as her mum in the show - despite the comedienne only being seven years older than her.

Quote: "My mom is a character. I think I was seven when I learned how to make the perfect chilled Martini for her." Selma Blair on her odd upbringing.

Quote: "I'm surprised I made it this far. I never thought I'd be 16. I thought I'd die tragically young and it'd be over." Actress Selma Blair on her gloomy childhood.

Quote: "I think I'm more approachable with long hair. When it's short, I come across as being artsy and weird." Selma Blair isn't sure about her cropped look.

Quote: "I look like a doll that has too much makeup on, and I love it!" Actress Selma Blair.

Quote: "I wanted to get Botox once to make me feel younger. But I don't really have to justify it yet." Actress Selma Blair, 35.

Quote: "The director says that in one half of the film I look boney and in the other half like a puffer fish. It's the most unprofessional thing I have done on a movie!" Actress Selma Blair accidentally gained nine kilograms (20 pounds) on the set of HELLBOY II: THE GOLDEN ARMY in Budapest, Hungary.

Fact: Cruel Intentions star Selma Blair recently cut off all of her hair and donated it to Locks of Love, a charity that provides wigs to children suffering from long-term medical hair loss.

Quote: "I can live on very little in Los Angeles. New York is amazing, but I think if I were going to live here, I would hope to be fantastically wealthy - you spend a lot of time indoors, and you better darn well like your apartment." Actress Selma Blair on which US coast she prefers.

Fact: <p>Selma Blair is a Chanel girl. The actress has signed on to appear in print ads for the fashion house's eyewear line. </p> 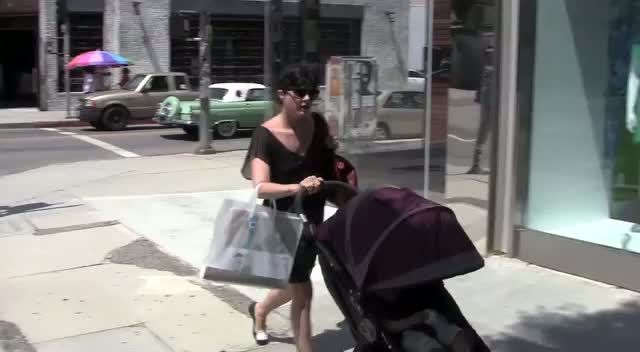