Actress Selma Blair Is Struggling With Her Son Arthur's Halloween Plans, Because He Wants To Go Trick-or-treating Dressed As A Police Officer. 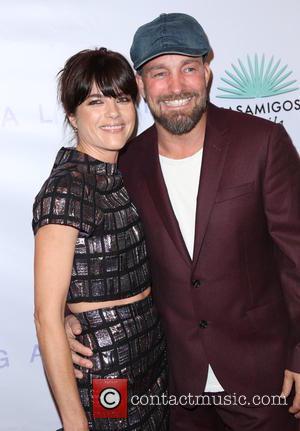 The Hellboy star has no problems with the four year old's choice of costume, but she refuses to let him leave the house with a toy gun.

"I bought him a cap gun and I talked about it with his dad, and it's taken very seriously," the star tells People magazine. "I won't let him carry around the play gun for Halloween. He doesn't get to carry it around outside."

Blair admits Arthur is hooked on guns and will turn anything - even a flower - into a fake firearm: "That's his thing. So whether I bought him a gun or not, he finds a way to do it."

Now that Arthur has a replica weapon of his own, Selma is doing her best to educate her son about the dangers of real firearms. Having worked with guns from time to time during her career, she admits she isn't a fan.

"I'm new at navigating this. He only plays with this cap gun with mum or dad around, and he seems to respect it so far and understands that these are plastic toys and we don't shoot people," she continues. "I am someone that is terrified of guns. I know how to shoot one very well. My sister was a police officer and I have tremendous respect and caution around guns, but it is something he was drawn to."

And what will mum be hitting the streets as when she takes Arthur trick-or-treating?

"I think I will be a nun because it's comfy," she laughed.