The cast of '13 Reasons Why' have praised Selena Gomez for making sure the Netflix series was portrayed in the ''correct way''. 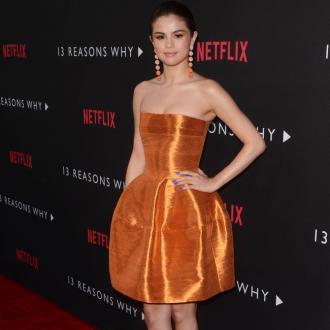 The cast of '13 Reasons Why' have praised Selena Gomez for making sure the Netflix series was portrayed in the ''correct way''.

Katherine Langford, who plays the role of Hannah who takes her own life in the television adaptation of Jay Asher's novel of the same name, wants the 24-year-old singer and executive producer of the production to have ''so much'' credit for pulling off the series authentically.

Speaking to NME magazine, she said: ''Selena and Mandy [Teefey, Gomez's mother] bought the rights to this book and we give them so much credit and praise because it's been a long time making this and making sure that it was told in the correct way.''

Meanwhile, Dylan Minnette, who plays the role of Clay Jensen, believes his co-star Katherine had the most ''difficult scenes'' in the season.

He said: ''Katherine had the really difficult scenes.''

And Katherine agrees with Dylan and has admitted the last scene was the one she found ''hardest'' to shoot.

She explained: ''The last scene was the hardest for me to shoot, and probably not for the reasons that people would think. At that point I;d been playing Hannah for six months and I'd been with her through every event that had happened, and I was so protective of her. In my head she was a real person. It was really hard to let her go.''