Is Record Breaking 'Spring Breakers' A Cult Movie In The Making?

Spring Breakers was the massive success story at the weekend's box office, despite not cracking the Top 5. 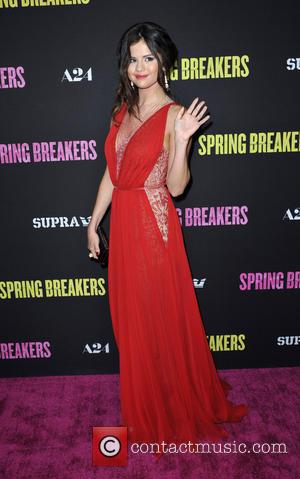 Though 'Oz: The Great and Powerful' dominated the box office for a second consecutive week - pulling In $42 million to take its takings to $282 million - it was another of James Franco's movies that performed the strongest. Harmony Korine's debauched drama 'Spring Breakers' pulled in just $270,000, though it did so from just three theaters, easily the best per-theater average of the weekend with $90,000. Oz averaged just $11,000 per theater.

The new movie is now likely to roll out across more theaters and should turn a profit for Muse Productions and A24, the tiny companies behind the film. It stars Franco as a thuggish drug dealer who charms college girls Selena Gomez and Vanessa Hudgens into a world of crime, sex and violence. It looks to be Korine's biggest hit to date and represents Gomez and Hudgens' first serious roles outside of their Disney work - the former is best known for Wizards of Waverly Place while Hudgens found fame with High School Musical.

So far, critical reception has been strong too, with Spring Breakers earning a solid 70% fresh rating on Rotten Tomatoes. The New York Times said, "[Korine] turns his exploration into such a gonzo, outrageously funny party that it takes a while to appreciate that this is more of a horror film than a comedy," while Peter Travers of Rolling Stone magazine wrote, "Spring Breakers, beach-party fluff done as an art film by the reliably bizarre Harmony Korine, is a return to form for Franco."

Elsewhere at the box-office, Halle Berry's thriller 'The Call' took $17 million to finish in second place, while heavyweight comedy The Incredible Burt Wonderstone had to settle for third place with takings of $10.3 million. Jack The Giant Slayer continued its slump with $6.2 million while Identity Thief rounded out the top five with $4.5 million.

Harmony Korine's new movie 'Spring Breakers' premiered at the South by Southwest Festival in Austin, Texas, on Sunday (March 10, 2013) with its stars Selena Gomez, James Franco and Ashley Benson turning out for the screening.